This weekend I was at the Bearwood Group’s running meet with the Poole & District Model Railway Society’s N-trak layout.  The Bearwood Group is predominantly a HO club and had two very nice layouts on display which I was hoping to photograph to share with you, but as usually happens when you get the opportunity to indulge in your passion, I spent just about all my time running trains and talking to fellow modelers about various 3D printed items!  But I do have some photos and videos to share with you from the N-trak layout.

The layout consists of a large industrial section with plenty of switching at the front, as shown below, and a large yard at the rear, also shown below.  The layout was reviewed in more depth in my post about the Bournemouth N-Trak convention which you can find here. 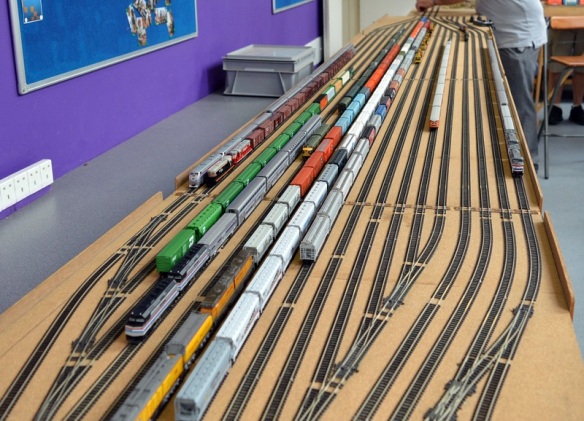 Looking at the yard image above you can see my EMD DD35 paired up with a brass 8500HP gas turbine at the bottom left of the shot.

Not knowing if there would be a set theme or time period I brought a variety of stock to run, and as it turned out it was an open session, so I started with early steam, as you can see below, from my Sierra Railroad fleet.

Both units trundled around the switching yards at the front of the layout and looked fantastic stopping to pose for some photos. 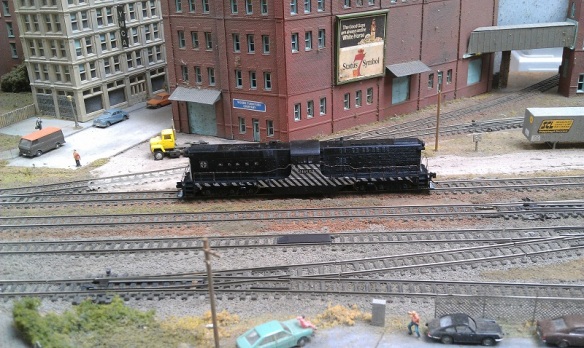 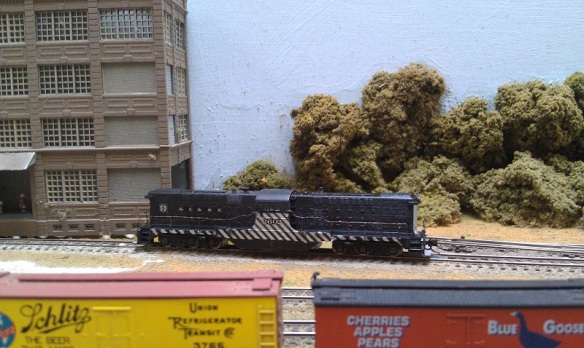 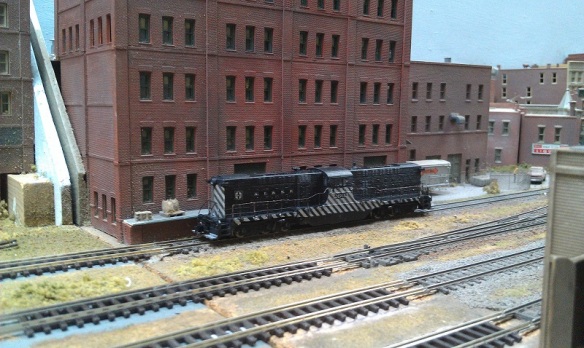 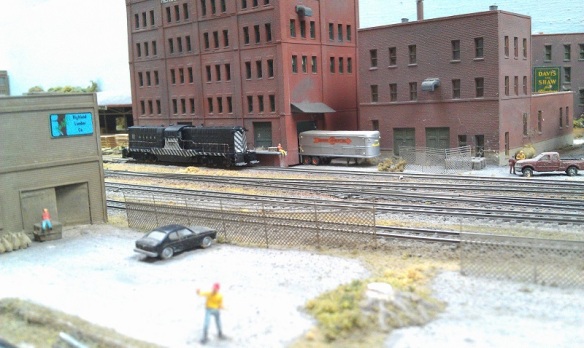 Both ATSF 2601 & 2602 are DCC powered and run very well together creating a very similar scene to many photographs of the real pair working together.

Here is a short video of the pair running by.

2602 then returned to the front of the layout where it sat noisily idling away as the Rio Grande trundled by with a load of JCB excavators. 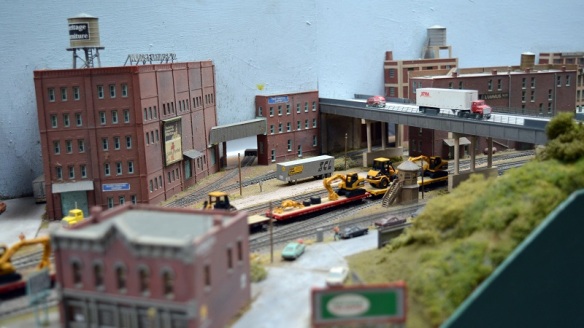 The AT&SF had a good presence at the show as a set of SD40-2 cruised through on their way to pick up a train. 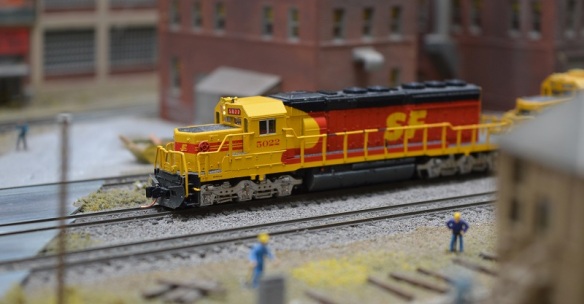 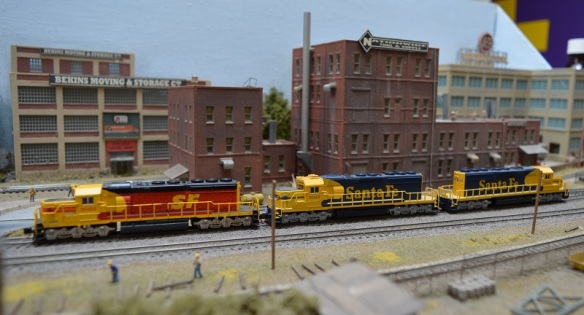 As well as freight we also had a lot of passenger trains running through the layout but the only one I manged to catch on camera was Northern Pacific’s Vista Dome North Coast Limited as is streaked through.  Obviously the NP were having some motive power issues today as the train was powered by a set of Spokane, Portland and Seattle Railway Alco FA2s.  Note the chassis mounted Re-Railers on the last locomotive, you can see one as it passes the gap in the fence.

You can also just make out the tops of the DT6-6-2000 as they ran the other way with another freight transfer.

Then next thing I knew it was time to pack up but it was a very enjoyable day and I’d like to thank Bernie Wood for letting me use some of his photographs here.  The Bearwood Group will be having another running meet in December and hopefully I will get time to photograph their HO layouts to share with you.  There might even be some of my forthcoming HO products running on their layout but that will have to wait for another post.