As well as all the American Railroad modeling I do I also like the British outline trains and through my local clubs and societies I get to see many from across the country.  In this post I will share with you how a British Hornby Ready-to-Run locomotive was renumbered and more importantly renamed using etched brass.

British steam locomotives, particularly the express locomotives, are usually named as well as numbered.  So are many of the smaller and industrial locomotives.  Some are considerably more famous than others around the world, such as the Flying Scotsman and Mallard, but most are simply named in groups depending on their class.  The locomotives often changed numbers when companies merged or the railways were nationalised but the names were always kept the same, giving personalities to the locomotives.

My local model railway club, the Poole & District Model Railway Society, is on the South coast of England and the primary railway here in steam days was the Southern Railway.  Naturally there are a lot of Southern Railway fans at the club and one member asked if it was possible to change the name and number on one of his SR Schools class locomotives.

The Schools class, or properly named SR V class, locomotive is a large 4-4-0 Atlantic designed by Richard Maunsell.  This class was Europe’s most powerful 4-4-0 and the last locomotive to be designed in Britain with a 4-4-0 wheel arrangement.  A total of 40 were built between 1930 and 1935 and they were all named after English public schools.  Below is a photo of ‘Cheltenham’ No. 925 restored and part of the National Railway Collection.  You can read more about it here. 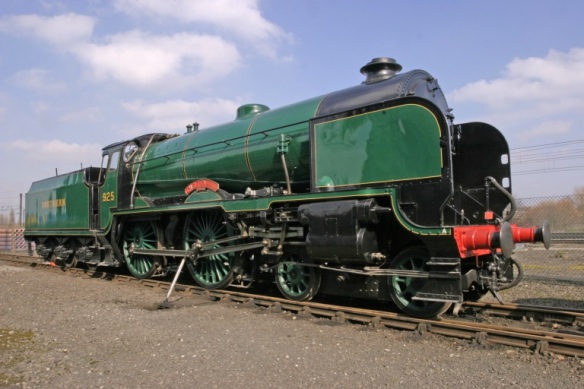 The particular locomotive which my fellow modeller asked me to alter was a OO gauge Hornby model of ‘Shrewsbury’ No. 921. Hornby released this model under a few different names and a few other companies have made replacement name plates for some of the others but the one elusive name was ‘King’s-Wimbledon’ No. 931. And this was the name he wanted.

So to start I measured the existing locomotive name plate as you can see below to get a scale and size for the new one. 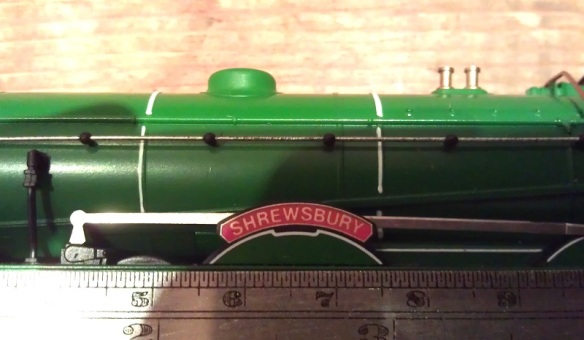 Knowing the required size and having information from the original I was able to layout the new name plate in CAD over the photo of the model. 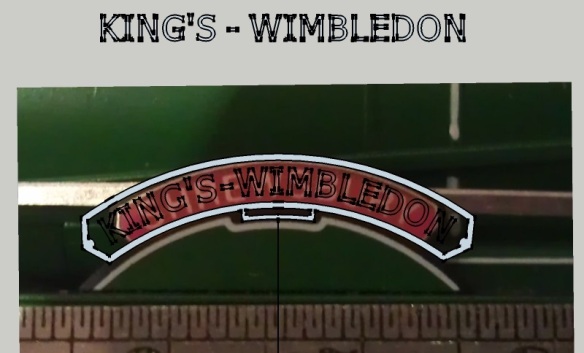 Then I could create a template for the fret etch.  The original had the words ‘Schools Class’ in the small box under the main name but even in OO Gauge that would be too small so I omitted that detail. 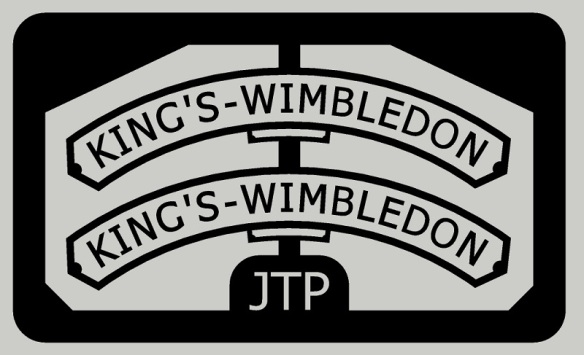 The fret was then added to a much larger sheet with other etched parts which I needed and sent to the etcher.  Below is an image of the actual finished etch. 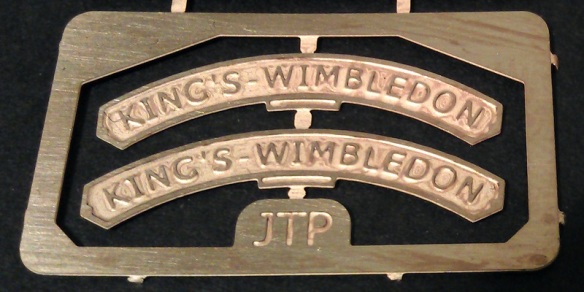 The real name plates are brass and only the sunken parts are painted, the border and letters are clean so they can be polished.  To achieve this the whole etch is sprayed red then the top surface is lightly wiped clean leaving only the sunken areas painted.  The new name plate is then glued to the locomotive. 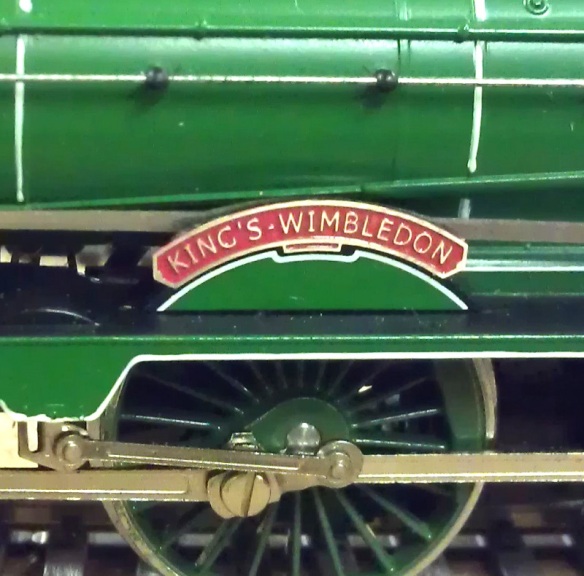 The locomotive number also needed to be changed and this was done using wet slide decals.  Although only the middle number needed changing it is often easier to change all three as sometimes the font or size of the new decals can be slightly different to the model manufactures. 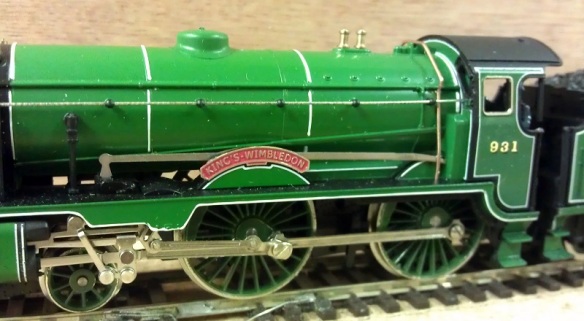 I think the overall effect looks really nice and I prefer the name plate with the proper sunken areas as opposed to being just flat.  Hopefully I will be seeing ‘King’s-Wimbledon’ pulling an express train on the club layout soon.

I have a few spare sets of the ‘King’s-Wimbledon’ name plate available should anybody want to purchase one for their OO Gauge Schools class and they can be supplied plain or painted ready to fit.  Also, if you have another name or number plate for a locomotive that you can’t find and want to get etched in any scale, please contact me for a price.